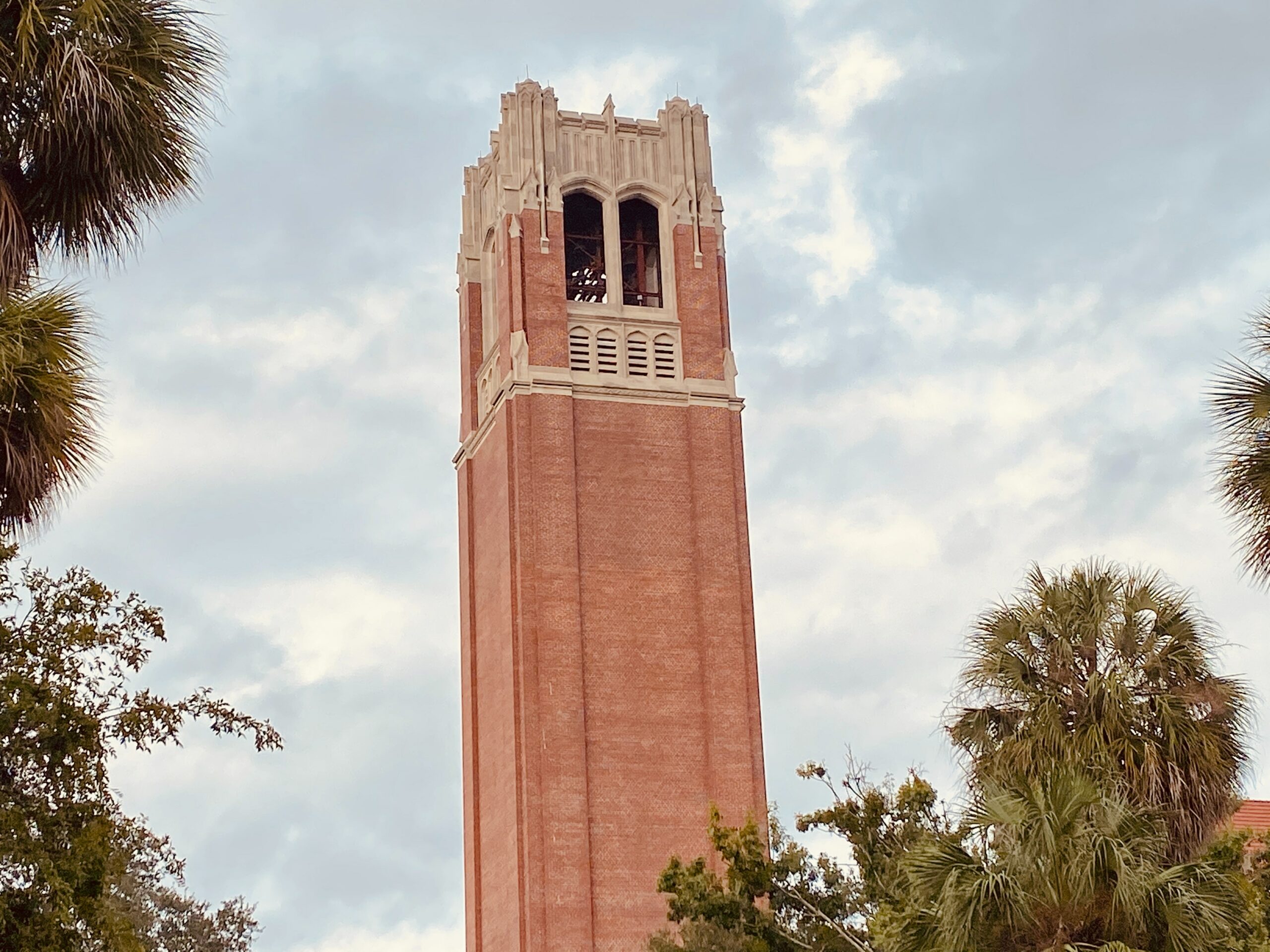 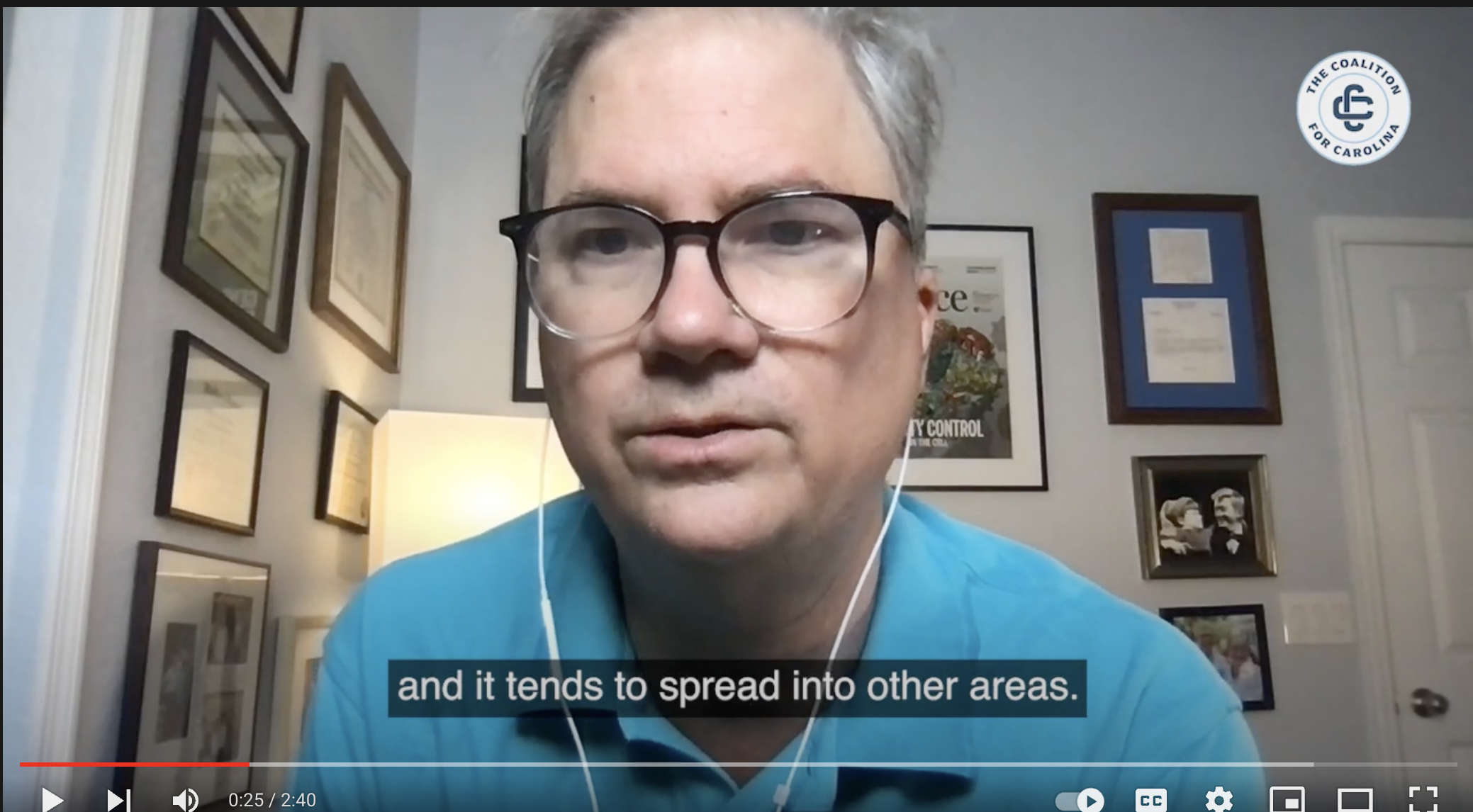 The Coalition for Carolina noted that there have been several incidents around the country where politics are being injected into public university governance.  We asked Dr. Holden Thorp for his opinion on what’s behind such incidents and here is his response:

“Well, we have a whole lot of incidents around the country of boards becoming more intrusive into higher education.  Mostly it relates to how conservative politics would prefer to see higher education carry out their work.   This really comes down to the fact that there has been–over the last 50 years or so–an effort by the political right to change facts when they need to change them to suit their political goals.”

We followed up and asked Dr. Thorp if such a high level of politicization concerns him and, if so, what potential impact does he see it having on the country.  His response:

For example; there’s a lot of focus right now on the interference into the honest teaching and studying of American history. The conservatives don’t want to be reminded that America–the America that we have today–started off with huge genocide of Native Americans.  And then, it was animated by slavery–both in the colonial times and through reconstruction, and all through the civil war…all the way to today.

Now these things are easy to document.  We know that there were millions of Native Americans here when the white folks arrived. We know that slavery was here long before the American Revolution and that it was a factor, in multiple ways, in the Revolution itself. But yet folks don’t want to be reminded of this, or, they don’t want more people to understand it and so they’re trying to suppress it.  Well, it’s a straight line from there to suppressing evolution, and stem cell research, and all kinds of things in medicine, and changing the way we measure things about the world. The Coalition was founded last summer to support and defend the University and its independence from partisan interference. We rededicated ourselves to the University’s promise of Lux Libertas—light and liberty—and the principles of open inquiry, free speech, academic freedom, equity and inclusion because we saw these principles at risk.

Over the past months we’ve stayed on mission and pointed out specific examples of how our concerns were playing out in hopes of slowing or stopping the damage.   We’re making an impact and recently, thankfully, things seem to have quieted down.

While “quiet” is good, it may mean “not making headlines.”  Whatever is happening,  we are hopeful and will remain vigilant–not just to what’s happening in NC, but also to what’s going on in other states. To that end, a news report’s description of Governor Ron DeSantis’ Planned Sweeping Assault on Autonomy of Public Colleges in Florida caught our attentionas it paints an alarming picture:

A sweeping action to consolidate and centralize governance.

“Records obtained through a series of public-records requests show that DeSantis’ office recently developed a sweeping plan to overhaul higher-education oversight in Florida. The governor’s proposal would have centralized more power in boards run by the governor’s political appointees, made colleges and universities more dependent on money controlled by politicians in Tallahassee, and imposed more restrictions on what schools can teach….”The DeSantis plan would have even stripped university presidents of the ability to hire professors.”

“They have passed laws ordering community colleges and state universities to dig up details about the personal political beliefs of their employees, making it harder for professors to maintain tenure, interfering with university accreditation, and threatening funding for schools that don’t fall in line with the governor’s efforts to control the teaching of slavery, segregation and institutional racism…”

An expressed belief by leaders that the Florida public universities are too liberal.

“Over the past year, Gov. Ron DeSantis and his allies in the Republican-controlled Florida Legislature have been on a crusade against public universities, tarring them as “intellectually repressive” and “socialism factories.”

As we consider what’s going on in Florida as well as other states such as South Dakota, the Coalition’s mission to preserve and protect UNC Chapel Hill from political interference becomes more vital than ever.