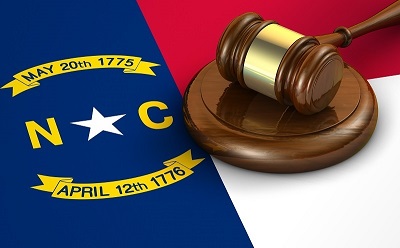 North Carolinians have the RIGHT to an affordable  higher education mandated by our state’s constitution. According to a report by LendEDU, over the past twenty years, the cost of college in the US has doubled and in some cases tripled.  The largest increase has been for those attending private schools or those who are out of state enrollees at public schools. This rapid increase in cost has far outstripped inflation which has recently been reported at a 40-year high.

While the cost of college student debt has soared, so far, the state of North Carolina has weathered the storm and in 2020 ranked “19th in terms of lowest average debt per student with a figure of $26,866 — an increase of nearly 3% from the previous year.” About 57% of the NC’s 2019 college graduates reported having student debt. For that same year, Carolina reported average student loan debt of $22,466, and only 40% of our graduates with student loans.

How does Carolina do it? The constitutional mandate has been upheld by visionary leaders like former UNC System President William C. “Bill” Friday who “famously called the University a “mighty engine,” driving opportunity, prosperity, invention, and innovation across the state.  Affordability is the fuel that gives this engine its horsepower, ensuring that all North Carolinians have the means to take advantage of the many higher education options across the state.”  Friday’s work was followed by President C.D. Spangler who worried that increasing tuition could result in “…an elitist university — an elitism of net worth, not brains.” Later, former President Erskine Bowles would promise to keep tuition in the wake of planned tuition increases from the then Board of Governors.

The efforts continue through the hard work of Carolina administrators, faculty, staff and alumni who’ve developed several laudable programs to lessen the cost of college to families.  A few examples:

These are exceptional efforts that deliver on the constitutional promise. The vision, unity, collaboration and generosity that keeps Carolina affordable IS the promise of Lux Libertas. We can maintain a high performing, affordable, accessible Carolina for all.  This is the spirit that the Coalition for Carolina seeks to preserve and protect.  Join us.